Not Just for the Bored: Unlock the Power of Memes for Science Communication 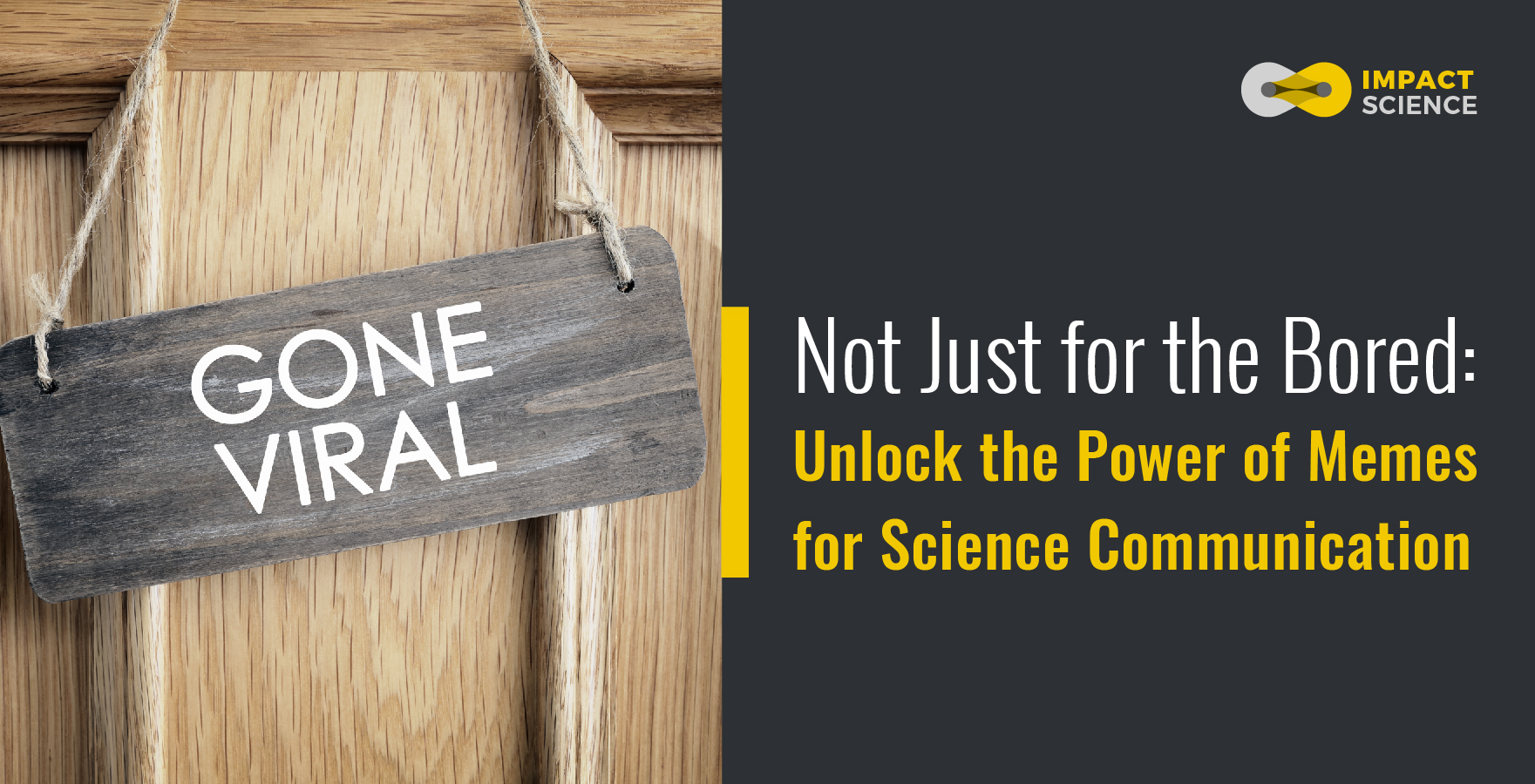 Probably everyone who has a smartphone or is on social media in 2021 has come across a meme: an image accompanied by a short piece of text, which is generally humorous. Typically, memes are based on well-known images (scenes from blockbusters like The Lion King or famous paintings like Mona Lisa). Memes are increasingly popular, and now have various uses, ranging from advertising to political expression. Academia and academic institutions have already begun using memes as part of their social media strategy; for example, Binghampton University (USA) capitalized on the Bernie Sanders meme that went viral in January 2021.

First and foremost, memes are suitable for time-poor audiences, since they can be processed at a glance. They’re also perfect for social media, with the potential to go viral rapidly. Since they usually don’t involve sound (except for GIFs), viewers can watch them without having to plug in headphones. And because they’re suitable for a smaller phone screen, memes can be viewed while people simply scroll their phones during downtime (waiting in queues, on a bus, etc.).

Appreciating a meme requires the user to be aware of what the actual image signifies or implies. Memes often rely heavily on cultural nuances, and therefore are not always suitable for international audience or even different generations. For instance, the below meme is understandable only if the viewer is aware of Groundhog Day in the US.

They’re also difficult to translate. Finally, they can be difficult for scientists to produce because they involve humor, which isn’t always encouraged in the lab.

Use in science communication

One of the most popular science memes is Chemistry Cat, which involves a fluffy white cat in a bowtie and glasses along with a scientific pun. Chemistry Cat memes require some knowledge of the periodic table and common scientific terms, like the one below.

Further, memes have been used for public health education, especially to promote mask-wearing during the Covid 19 pandemic. Here’s a popular example circulated in March 2021:

Such memes have been part of public health campaigns on social media. For instance, the “Urine Test” meme (see below) was reposted on Twitter by the Philadelphia Department of Public Health.

Similarly, the Mumbai Police shared the below meme based on a scene from the movie Harry Potter and the Half Blood Prince.

It’s easy to dismiss memes as something millennials and Gen Z use to pass time on their smartphones. But memes are not just for the bored; with their capacity to go “viral” in no time, they’re a powerful science communication tool if used correctly.